How to Take Your Case Study from Tedious to Tantalizing 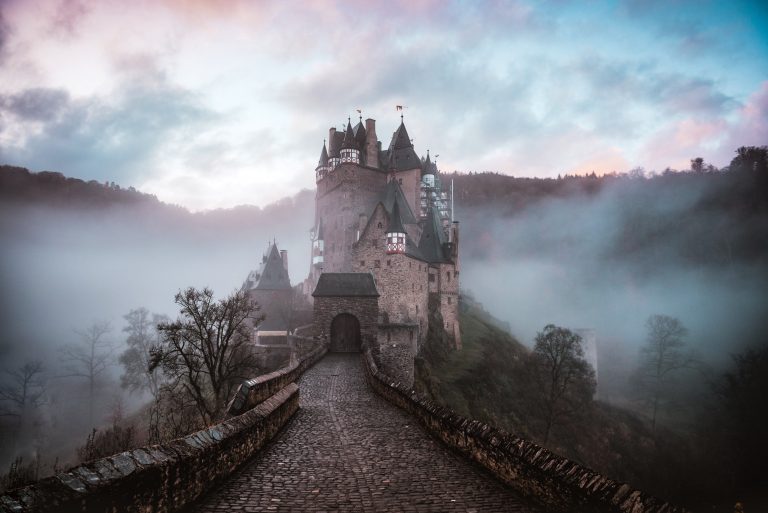 In the 1970s, two young men strapped for cash bought a $5 correspondence course that launched their rise to great wealth.

The course? How to make ice cream.

The two started their business with $12,000, converting a rundown gas station in Burlington, Vermont into their first shop.

From day one, they attracted a loyal following by offering quirky flavors like Heath Bar Crunch and Chunky Monkey.

But over time, Ben & Jerry’s became known for much more than innovative ice cream.

Serving up a 900-pound Baked Alaska with Fossil Fuel Ice Cream on the US Capitol Lawn – to protest proposed oil drilling in the Arctic National Wildlife Refuge.

Ben & Jerry’s success story is fascinating because it stirs deep emotions. They took action on causes that mattered to them and their followers. Through creativity and imagination, they overcame big challenges.

Likewise, a compelling case study depicts how a customer triumphs over a big challenge. It showcases a product or service that makes life better. And forges a strong human bond through the power of story.

Let’s look at how to create a case study that speaks to your ideal prospect.

The Structure of an Intriguing Case Study

You’re probably familiar with Star Wars, The Lord of the Rings and Harry Potter. They’re written using a classic story structure known as the hero’s journey.

A case study is written using the same three-part structure.

Your reader needs to identify with the hero (your customer). In other words, your reader should have a similar problem or goal.

Now we’ll examine how each part of a case study works to build a solid relationship with your reader.

In the challenge section, you introduce the customer. Illustrate who the person or company is with a few facts.

But don’t just copy and paste dry facts. Describe the impact the problem was having on the customer.

Why was it so important to solve it?

For instance, Ben and Jerry started an ice cream business because they needed new career paths.

Details like that nurture a sense of human connection. So describe your customer’s problem with empathy, being careful not to portray them in a negative way.

At the same time, communicate that the challenge was too dire to ignore. And open the door wide for the solution.

One of the most important parts of a case study is the second part, the solution.

You can start this section by talking about what the product or service is. Explain what it does, but don’t bore the reader with an excessive description.

Make sure to clearly describe the customer’s evaluation process. Did they look at other options?

For example, Ben and Jerry initially considered opening a bagel shop. But the manufacturing equipment was too expensive. Making ice cream was cheaper.

Understanding why someone chose one product over another is valuable information. Many people read reviews before they buy practically anything.

In the solution section, you should also touch on the implementation or deployment period. Prospects want to know how long it took, how smoothly it went, and exactly what was involved.

Highlight what the customer can do now that they couldn’t before. And don’t hesitate to talk about a snag where the solution came to the rescue. It adds a human element.

The third part of a case study is known as the results. In this section, you have to communicate the top benefits of using the solution.

Results can be quantitative (measurable) or qualitative (not measurable). For example, does the product save the customer time? If so, how much?

Describe how long a process took before the purchase compared with after. Discuss how and when the solution paid for itself. Include the customer’s ROI.

When possible, give the financial value of the savings in real numbers. Stress how the process increases sales, revenue or income.

Prove that the product delivered on promises. Maybe the customer gets more done with the same staff. They might enjoy more effective ways to troubleshoot problems or improve customer service.

Whatever the results are, stress how your product or service improved the customer’s life.

As for Ben and Jerry, today each of them has a net worth of $150 million.

Why? Because they make scrumptious ice cream. And eating ice cream is fun.

I hope you now have some ideas for aligning your case studies with your prospect’s wants, needs and desires.

It’s a unique piece of content because it tells a compelling story while building your credibility.

A good story stimulates core emotions. And the best way to attract prospects is to appeal to their emotions.

Beyond that, a case study highlights a real customer. And there’s nothing more convincing than a real person singing your praises.

If you’re interested in creating a tantalizing case study, I’d love to chat with you. You can contact me here.